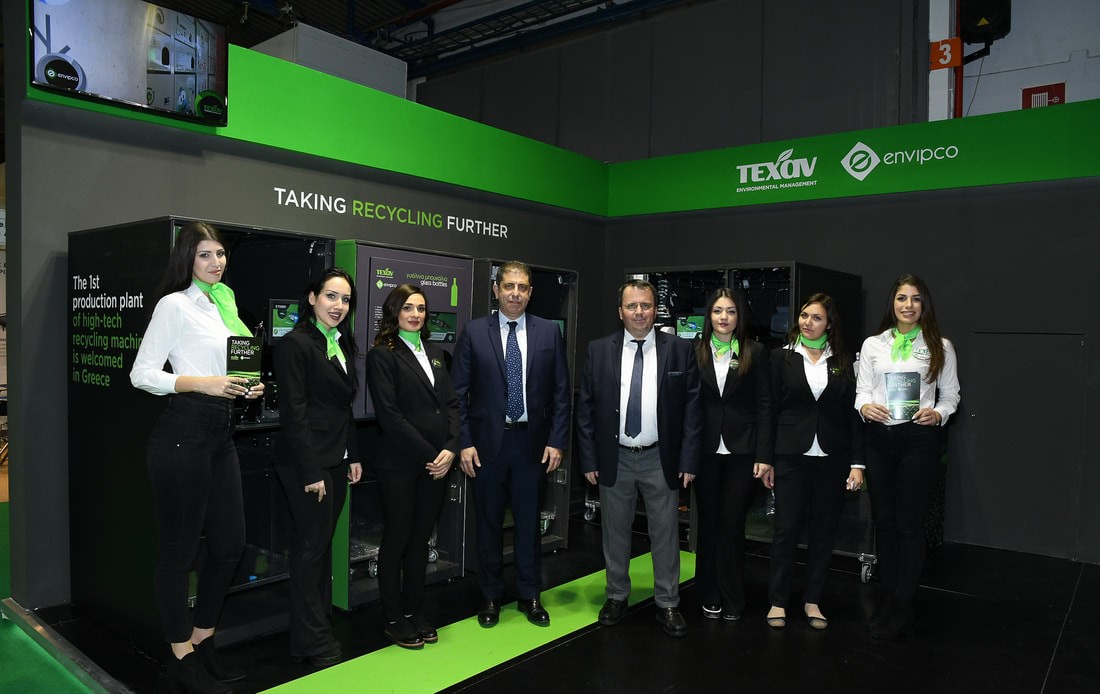 It was with great success and in the presence of the Prime Minister Mr. Kyriakos Mitsotakis and also of the US Ambassador to Greece, Mr. Geoffrey R. Pyatt, the official opening was held on Thursday 5 December 2019 of the ‘Production plant of Rewarding Recycling Machines in Greece’ constituting the 1st plant for the production of recycling machines beyond the borders of the US, created by the joint venture between the American company ENVIPCO and the Greek company TEXAN Environmental Management. At a time when Greece needs new investment, a significant direct investment is launched in our country.

This investment is important because:

This investment comes from the United States of America, a geostrategic ally of our country also in the field of investment. The event was attended by the Minister for the Interior, Mr. Takis Theodorikakos, the Minister for the Environment & Energy, Mr. Costis Chatzidakis, as well as several distinguished personalities from Greece and other European countries. 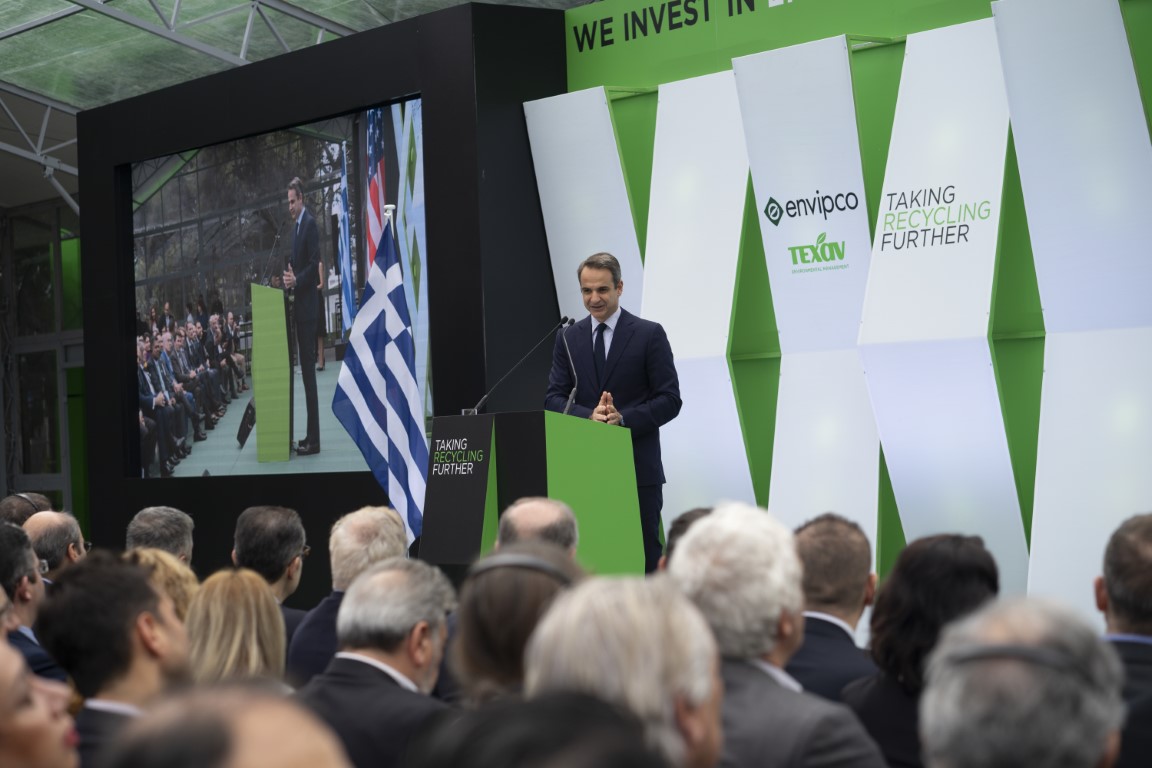 The Prime Minister, Mr.Kyriakos Mitsotakis said the following: “recycling in the context of green economy is no longer a trend or a stream of thought. It is one way forward to the future. A Social necessity. And a condition of living for everyone: Citizens, businesses, municipalities and, of course, primarily the organized State. That is precisely the reason why I am here today with you. To personally declare that i will be joining the national shift toward sustainable development and circular economy. And to welcome a valuable link, such as the production of rewarding recycling machines, here in Greece. Because with the investment by ΕNVIPCO and ΤΕΧΑΝ in Pallini, Greece is acquiring one more infrastructure to support the dynamic expansion of Recycling. Furthermore, it also plays a key role in eco-innovation and the promotion of new technologies. I would therefore like to thank our friends on the other side of the Atlantic for the confidence they have shown to this country and Greek people, establishing in our country the first production unit outside the United States. A factory that will supply the countries of the Mediterranean and the entire Southeastern Europe. I am sure that their choice will be justified, showing that potential investors only have benefits, now, to expect from our country. However, Greece will also gain benefits - and indeed multiple ones.

The Prime Minister then added: The first 100 rewarding recycling machines that will be produced here will immediately ‘get to business’ in 5 municipalities under the Program "New Generation of Recycling" already announced by the Ministry of Interior. We start with Kallithea, Nea Smyrni, Ioannina, Nafplio and Andros. With the aim to extend the initiative to all regions. These machines will also carry out sourcing of materials at source: Plastic, metal and glass will follow separate streams. And precisely because of the innovative collection and sorting, 100% of recyclable materials will be recovered, ready to be used as raw materials for new products. Similarly, citizens will gain a four-fold benefit: They will be effectively exempted from its waste. They will protect the environment. They will receive financial compensation as an incentive and reward for recycling and, of course, because of the reduction in the total volume of waste - at present being directed to landfill sites (XYTA) and waste management plants - municipal charges will also be reduced, benefiting therefore every citizen from such a reduction. In a nutshell, what I have already stressed is true: The rubbish should not go waste. They can be converted into wealth!"

In concluding his speech, the Prime Minister underlined the following: "Using rubbish, it's up to us to improve our daily lives and boost our economy. With simple moves that quickly turn into a noble habit and a modern mindset. With recycling! We will soon have the appropriate tools. The new plant will supply the entire country with rewarding recycling machines. To become the best ambassadors for Greek production in the Mediterranean region. And to spread everywhere the message that Greece is now on track for 'green growth'.

The full speech by the Prime Minister Kyriakos Mitsotakis has been uploaded here. 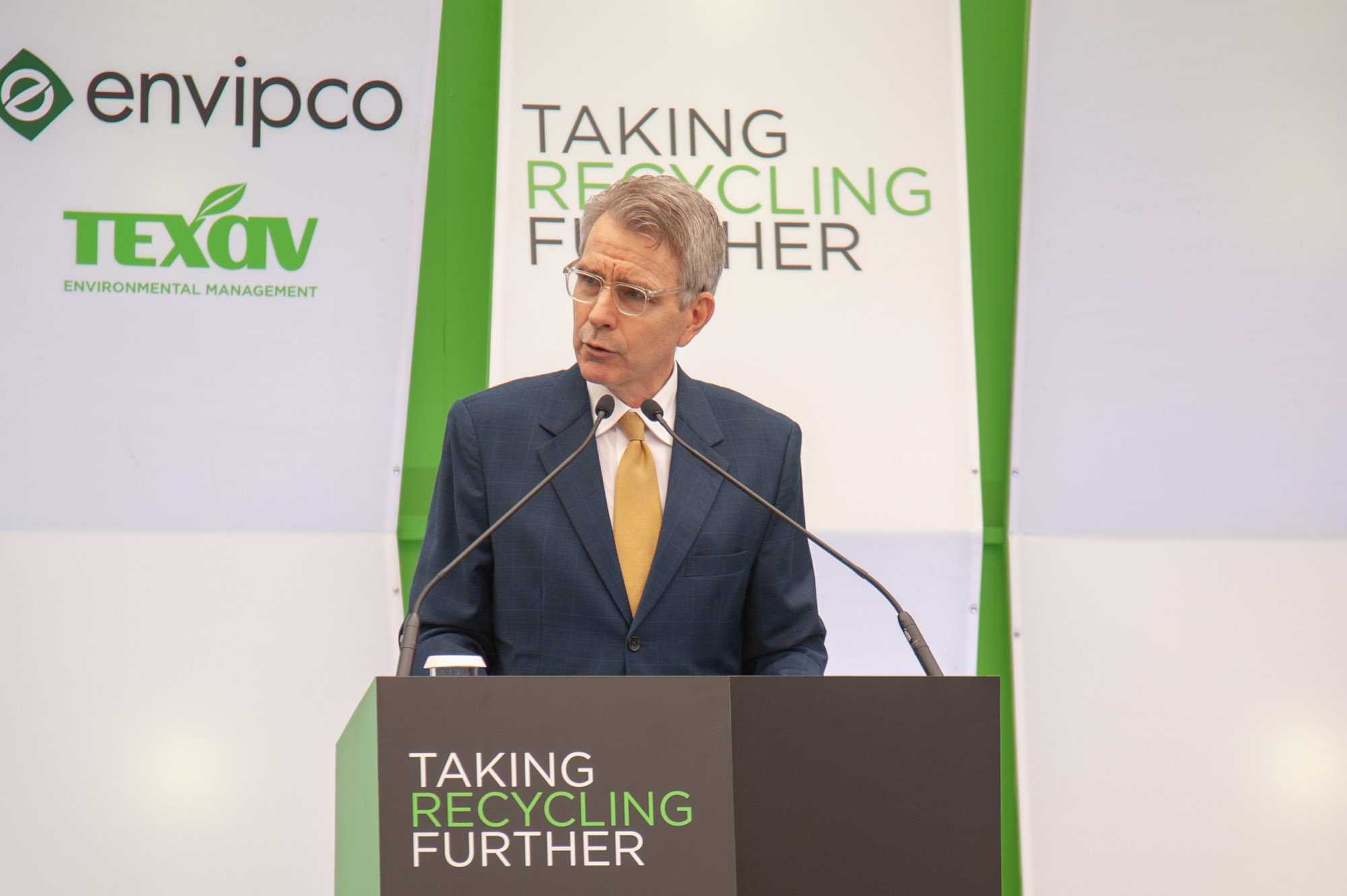 The US Ambassador to Greece, Mr. Geoffrey R. Pyatt

The US Ambassador to Greece, Mr. Geoffrey R.Pyatt, said: "Our two countries are working to develop the circular economy, where the aim is to minimize waste by maximising the recycling and reuse of materials. This is the 1st production plant of Envipco outside the USA borders. The automatic recycling machines of Envipco will help to grant incentives for recycling and the implementation of best practices. The rewarding recycling machines make it easier for citizens to receive a compensation for returned plastic, metal and glass packaging. Today's official ceremony highlights the strength of the US-Greece trade and investment relationship, which I hope will be a key issue when the Prime Minister, Mr Kyriakos Mitsotakis travels to Washington next month to meet with President Trump at the White House and with our businesses and representatives in the Congress.’

Subsequently, Mr. Geoffrey R. Pyatt, added the following: “We at the Embassy look forward to cooperating with Greece on sustainability and renewable energy sources initiatives. I look forward to seeing more of these Envipco machines across the country and we envisage a leading role for Greece in exporting these technologies and best practices to the wider Balkan region."

The full speech by the US Ambassador to Greece, Mr. Geoffrey R.Pyatt, has  been uploaded here. 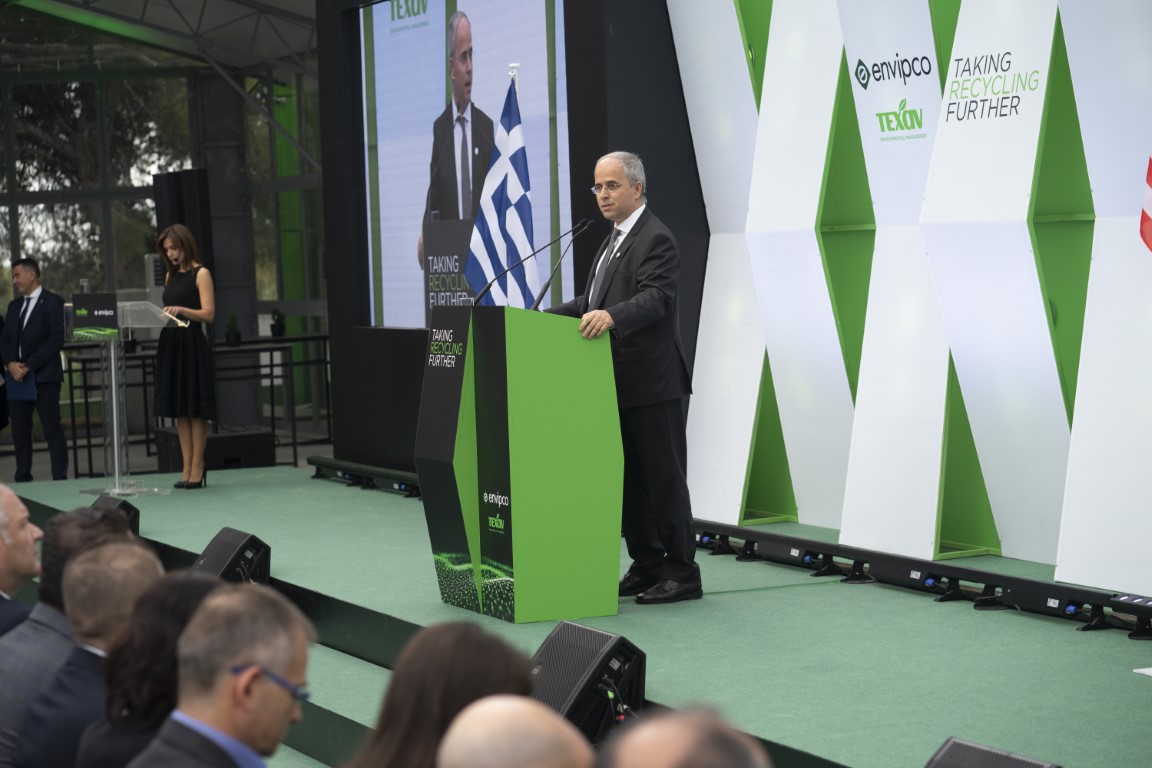 “I would like to make a special reference to our honorable Prime Minister, Mr. Kyriakos Mitsotakis, stressing that without his government's contribution, it would not have been possible for us to be all here today and to launch this important investment. I need to remind you that we had announced this investment 15 months ago, since September 2018, during the 83rd Thessaloniki International Fair, where the USΑ was an honored country.
However, I should underscore that over the last 4 months, pending issues lingering on over the past period, were resolved.
I would like to put down our personal experience, namely that the government under the Prime Minister, Mr. Kyriakos Mitsotakis, through unabated, systematic and low-profile work, is turning Greece into an attractive investment destination, trusted by investors. This leads to the establishment of an environment of security and stability, so that even more investments can be attracted (we are already planning a second major investment next year), but new quality jobs be created. Today’s presence of our Prime Minister demonstrates his personal interest in promoting investments in our country, but also his commitment to shifting our economy towards sustainable development."

Dr. Panagiotis Mourgos further added:
"I also feel the need today to thank the United States Ambassador to Greece, Mr Geoffrey R. Pyatt, for the excellent work being done by the Embassy to strengthen the strategic alliance between USA and Greece, highlighting the geostrategic importance of the cooperation between the two countries. The honorable Ambassador has largely contributed to Greece being chosen, as the country to carry out the investment of the "1st Production Plant of Rewarding Recycling Machines beyond the borders of the US".
The Ambassador’s presence today demonstrates his personal interest in promoting American investments in our country, but also in strengthening the Greek economy." 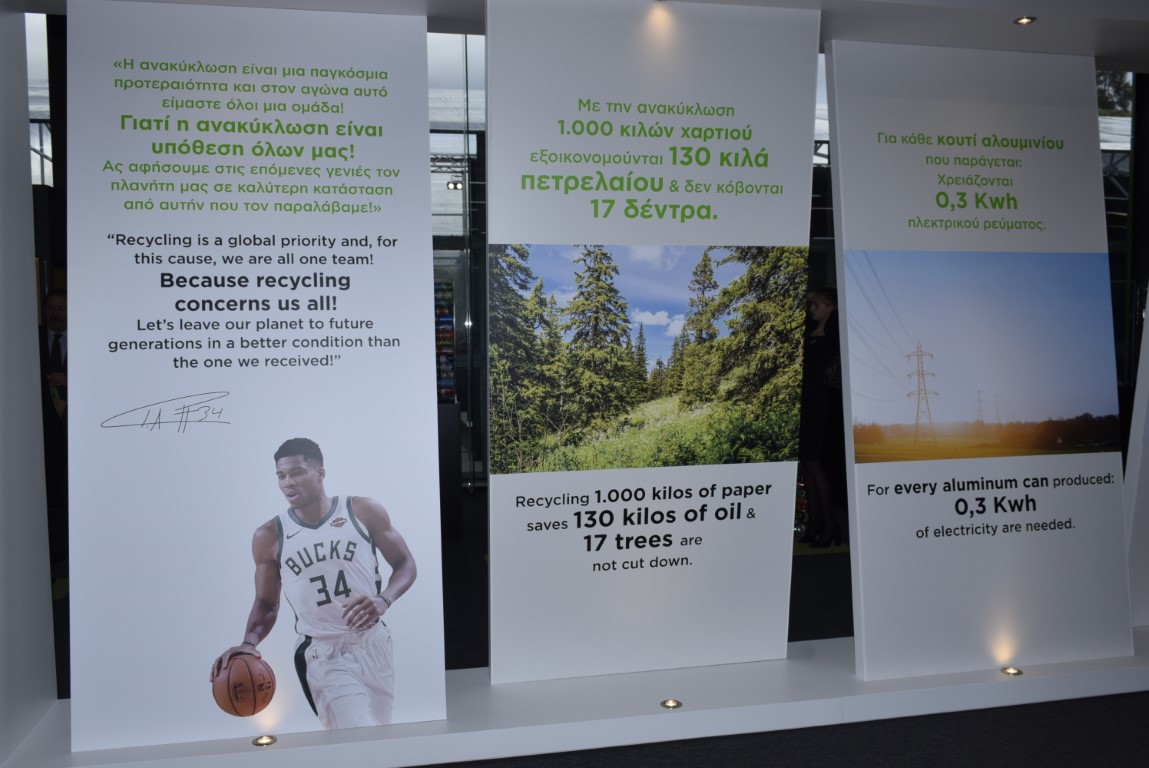 A few words on the Group of Companies ENVIPCO - ΤΕΧΑΝ:

TEXAN is a Greek company, spearheading since 1980s the packaging recycling sector with the establishment, operation and overall management of the cutting edge technology 'Integrated Rewarding Recycling Centers'. The American firm ENVIPCO, a recognized global leader in the development and construction of automatic packaging recycling machines, provides the optimal solutions for citizens to participate in the recycling process, promoting an effective reuse of the planet's limited resources. TEXAN and ENVIPCO joined hands and invested in environmental protection, creating in Greece the FIRST plant for the production of recycling machines beyond the borders of the United States, making Greece a central hub for the entire Europe.

‘’We build recycling machines for plastic, metal and glass packaging, actively contributing to the circular economy, with cutting-edge technology and a vision for a better environment’’.

... Because Recycling is everybody's concern! 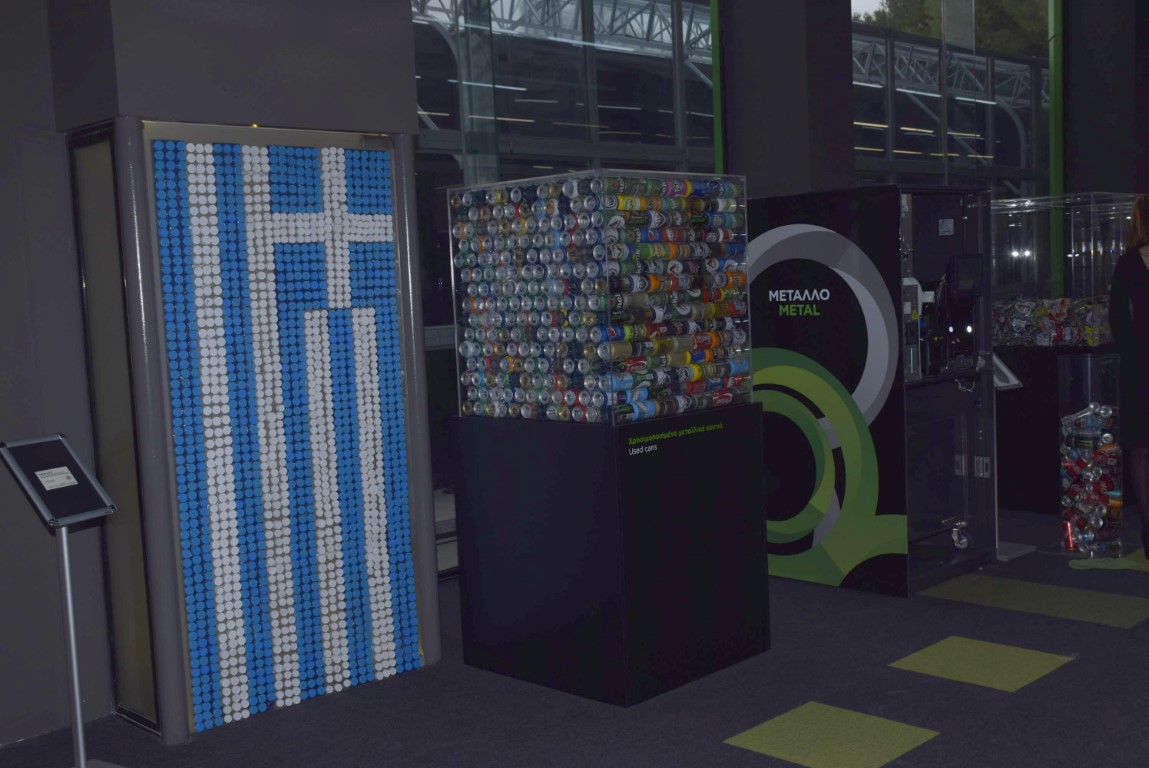 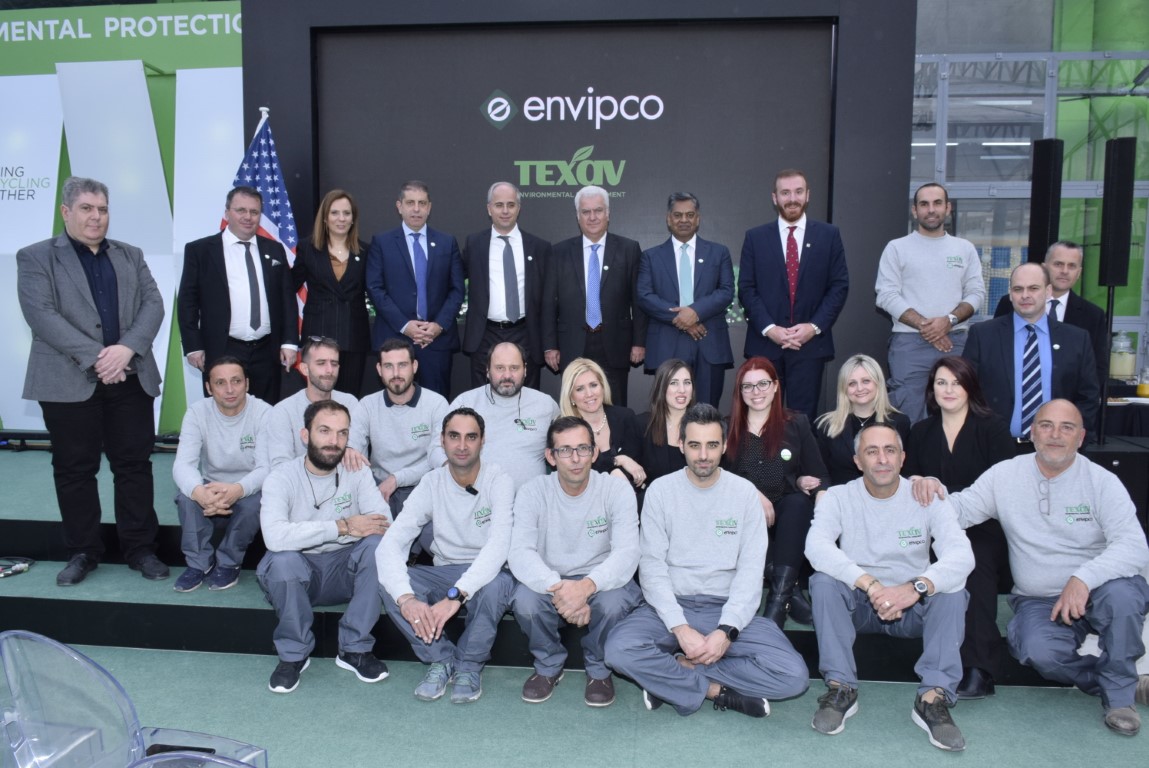 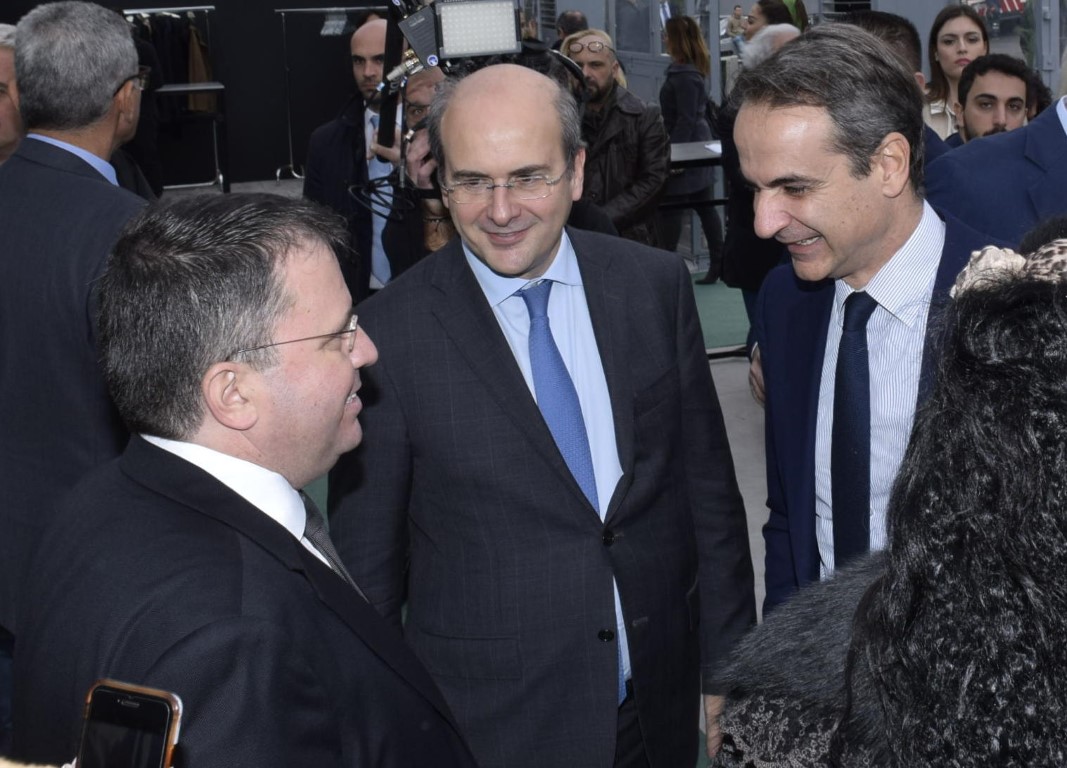 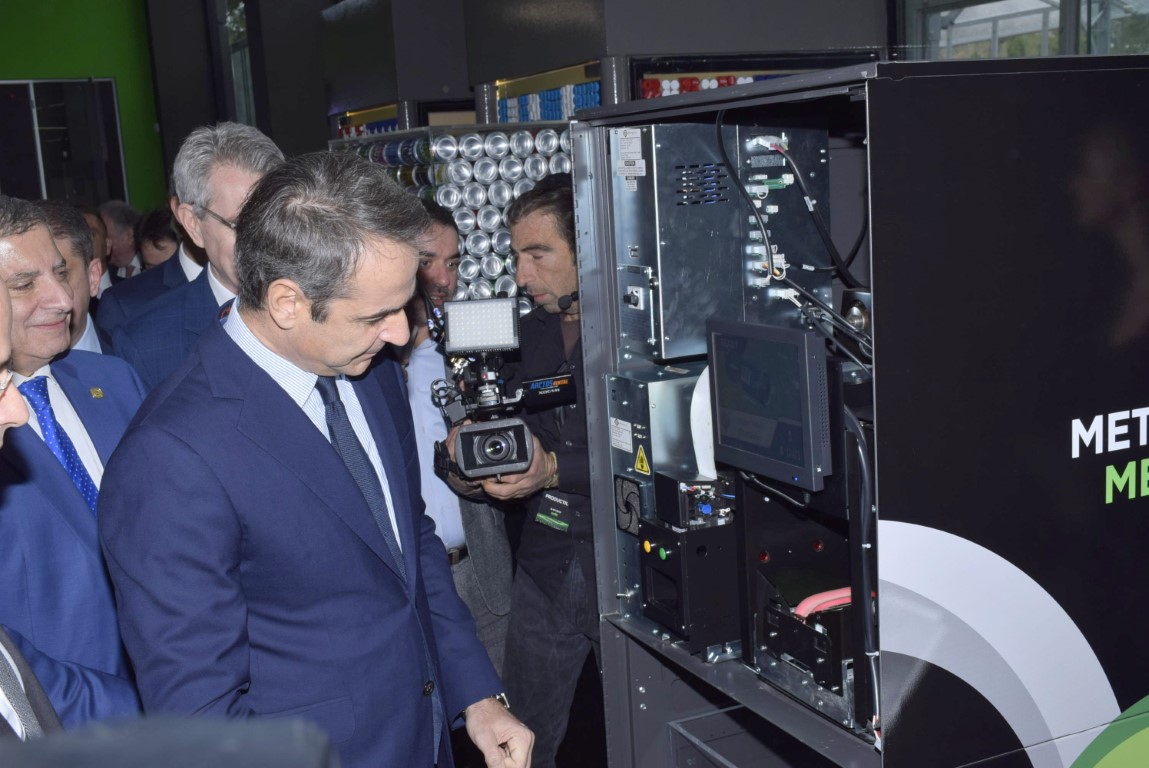 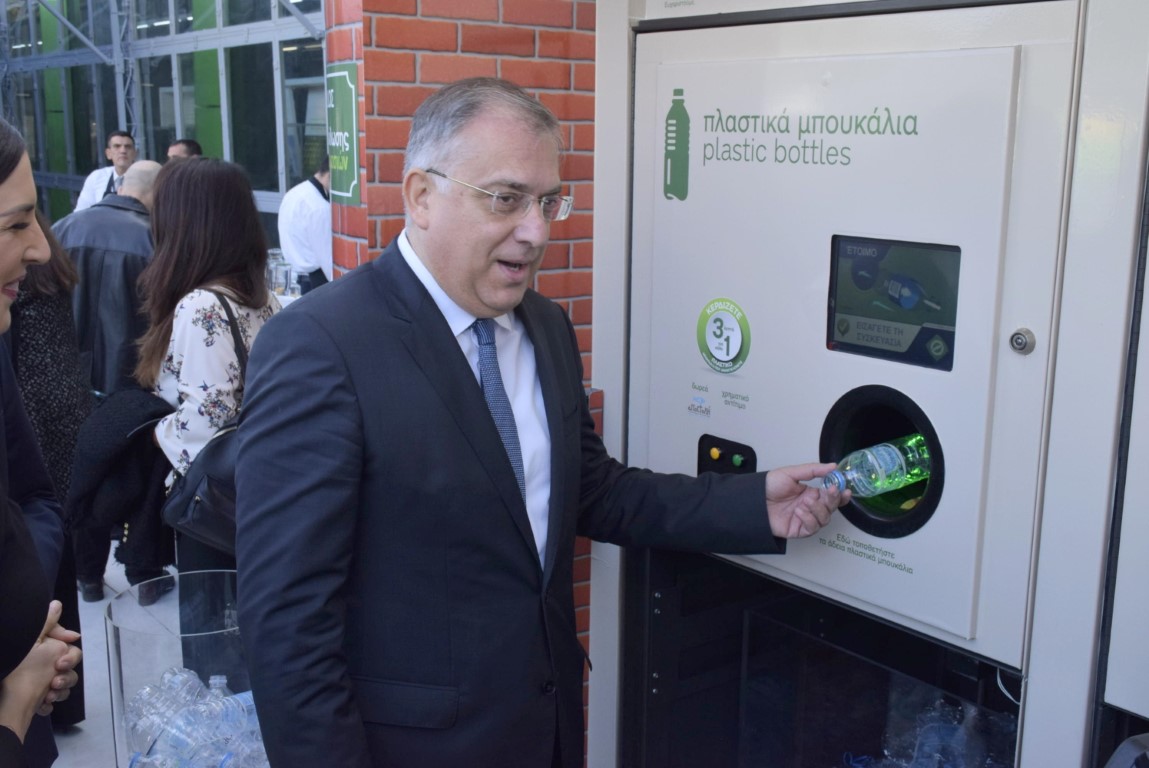 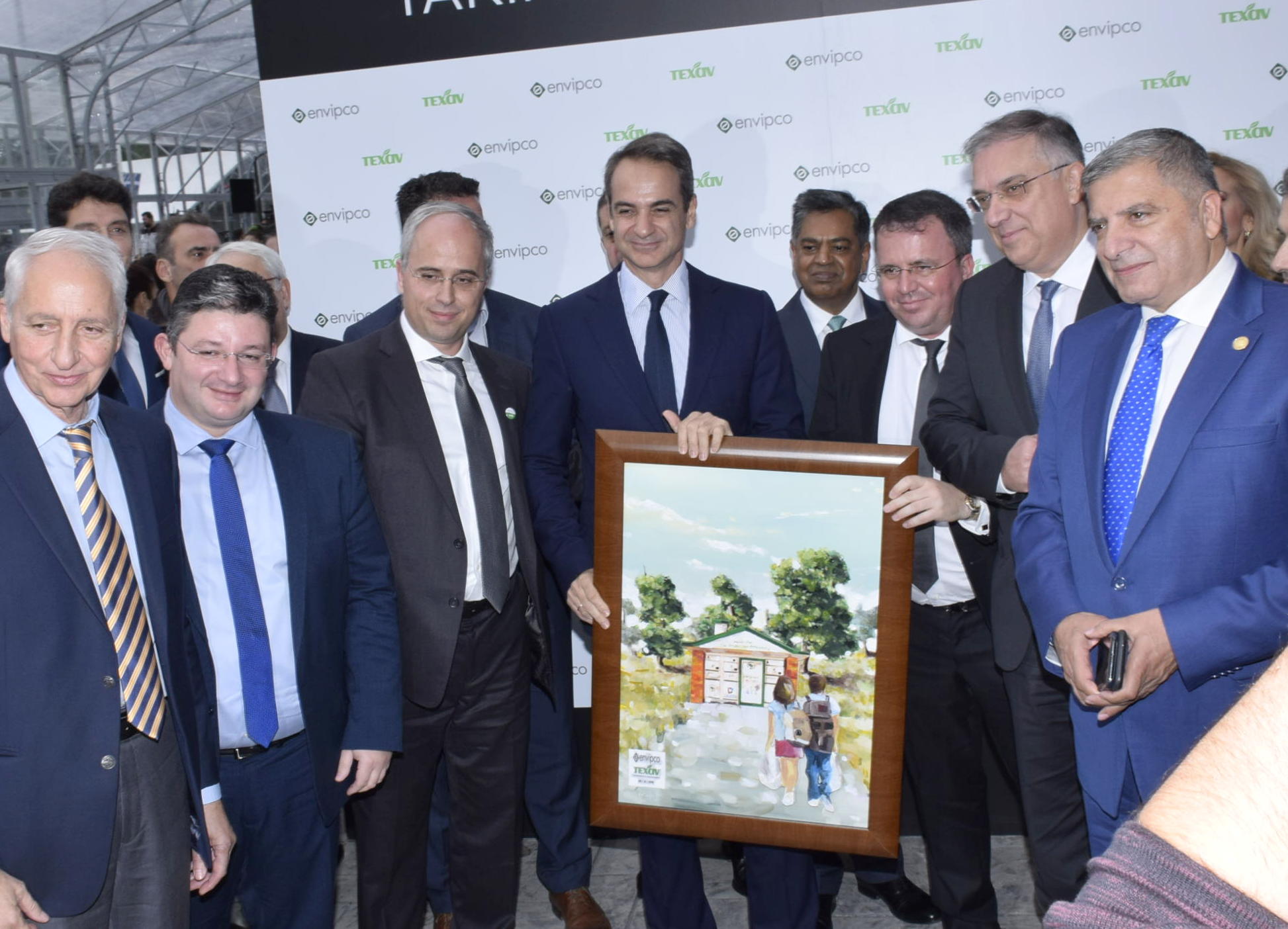 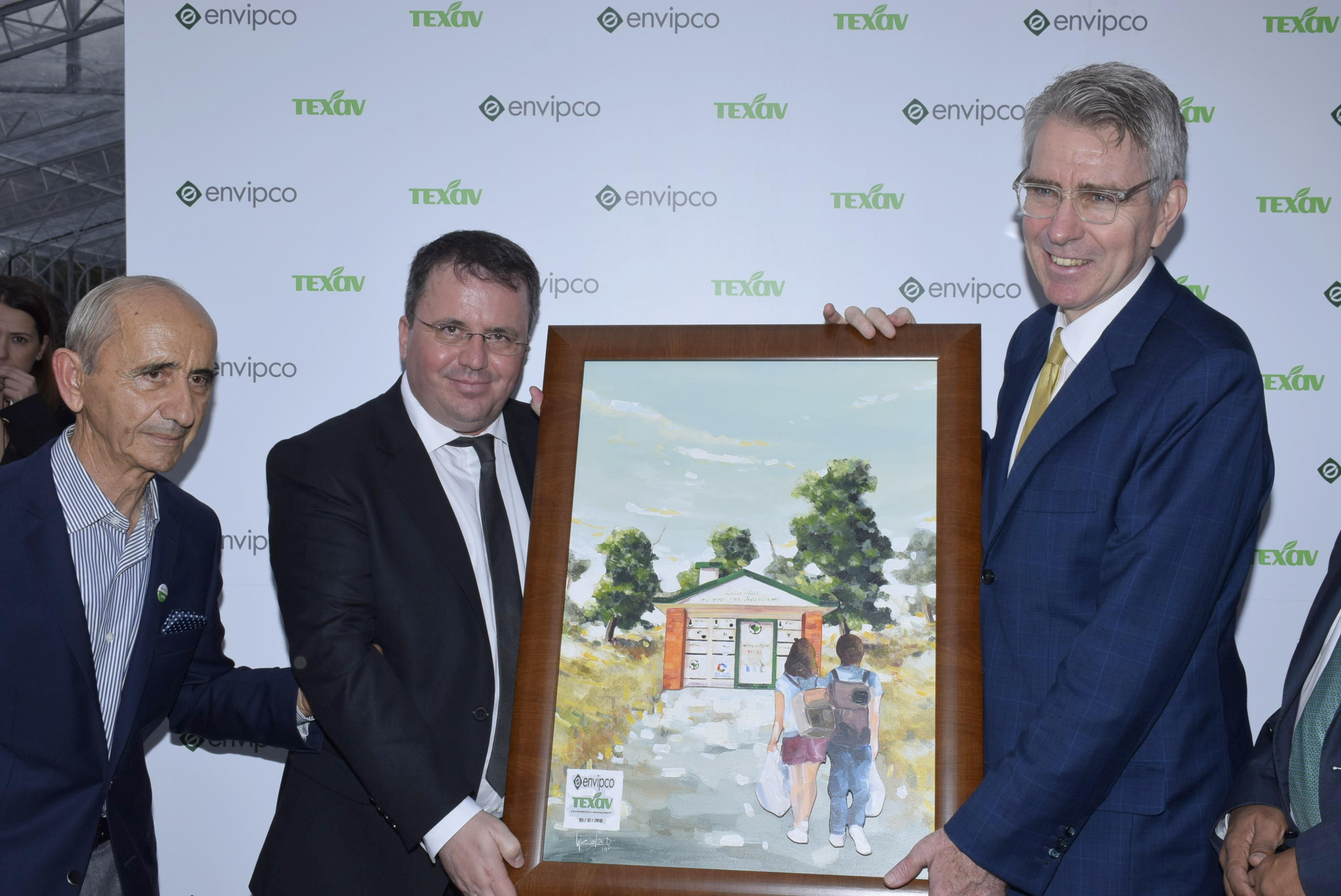 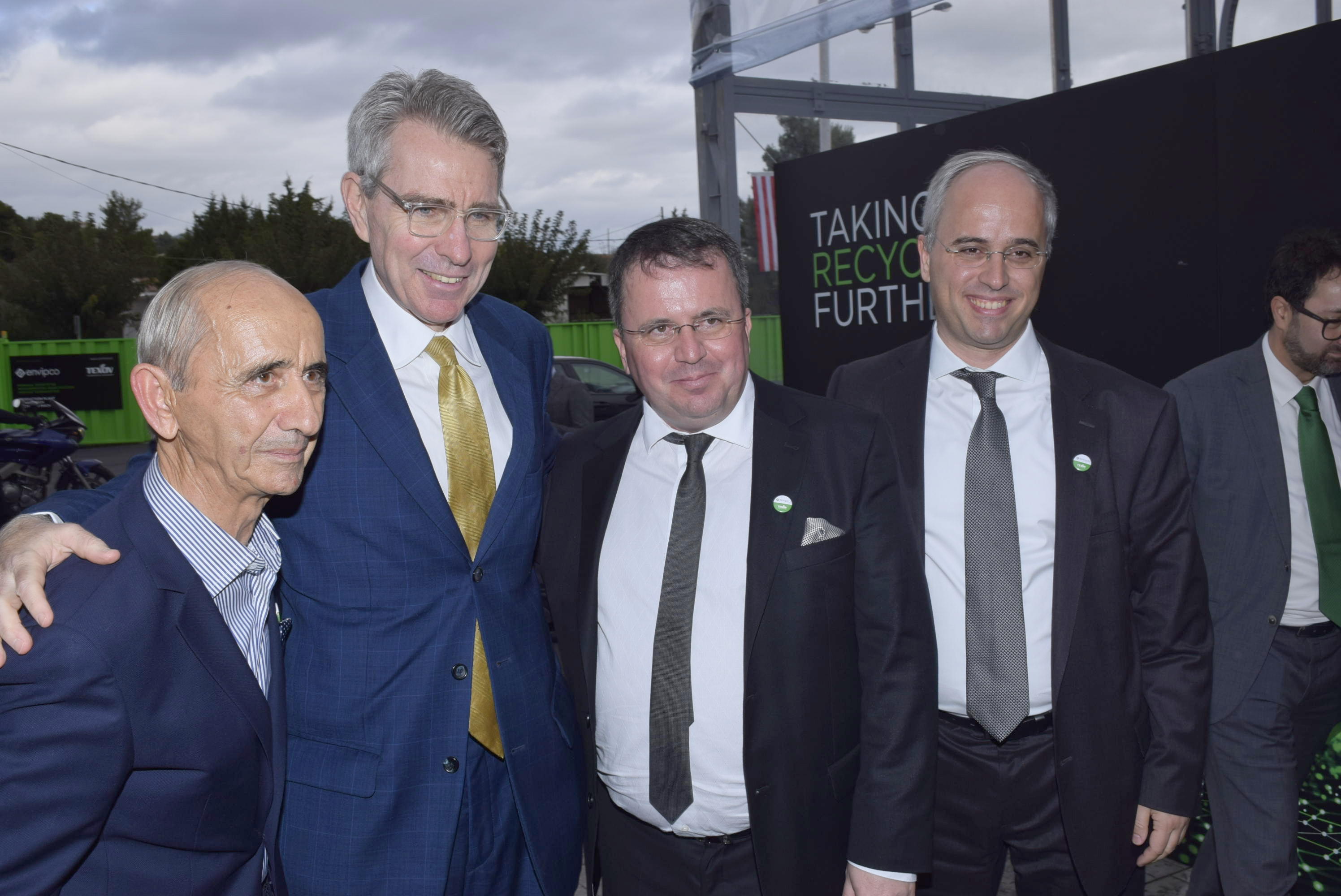 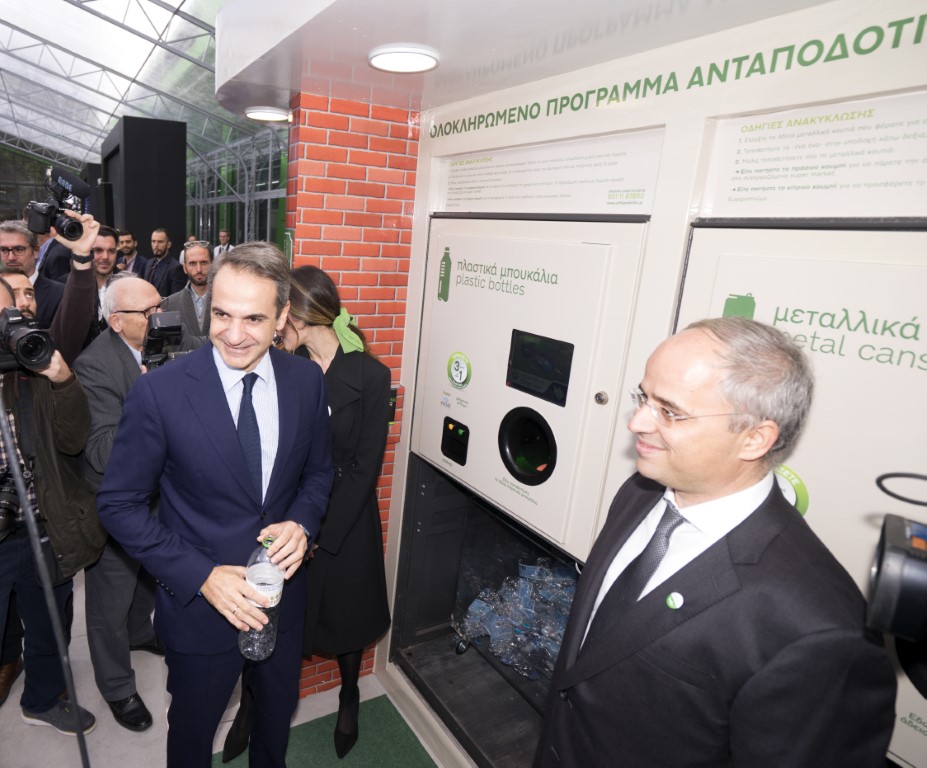